Custom CMS block displayed at the left sidebar on the Catalog Page. Put your own content here: text, html, images, media... or whatever you like.

There are many similar sample content placeholders across the store. All editable from admin panel.

It is hard to believe this car has been out since 2012 as it still looks strikingly gorgeous inside and out. This F06 M6 was brought to us for an exhaust job but that did not stop us from taking some pictures after we were done!

The wheels on this M6 are the Forgestar F14 which is their most popular wheel. These come in a 20x9.5 deep concave front and 20x11 super deep concave fitment in the rear. The finish is piano black which goes well with the alpine white finish on the car.

What really sets this car apart is the Aero Package from Vorsteiner. The kit consists of the rear decklid, rear diffuser, side skirts and front spoiler all in carbon fiber. Really adds a unique look which looks amazing!

Whats the point of having a twin turbo V8 without some added sound? That is where FI comes in. The exhaust is a valvetronic cat-back system from Frequency Intelligent. The valves are controlled with a wireless remote which can make this M6 quieter than stock with a press of the button. This specific system includes the optional Carbon Fiber tips which compliment the Vorsteiner diffuser perfectly!

Best part about having a turbo car is how easy it is to make more power. This M6 is equipped with the Dinan stage 2 tune. The Dinantronics tune is a plug and play tune which is very simple to install. This results in a max horsepower gain of 75 at 4000 RPM and 109 ft lbs of Torque at 3500 RPM. This tuner also comes with a full warranty as well!

For any questions on these parts feel free to contact us! 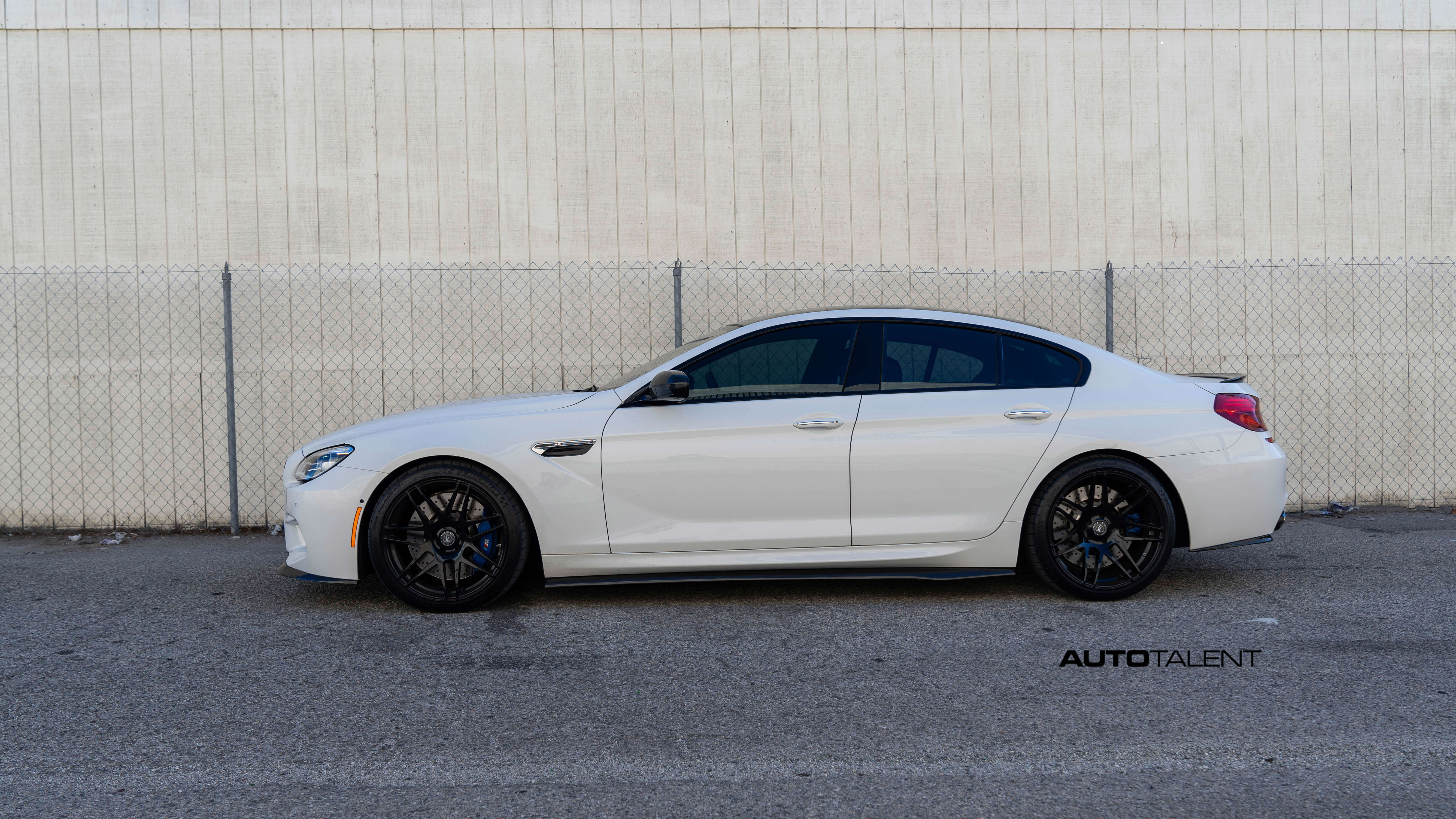 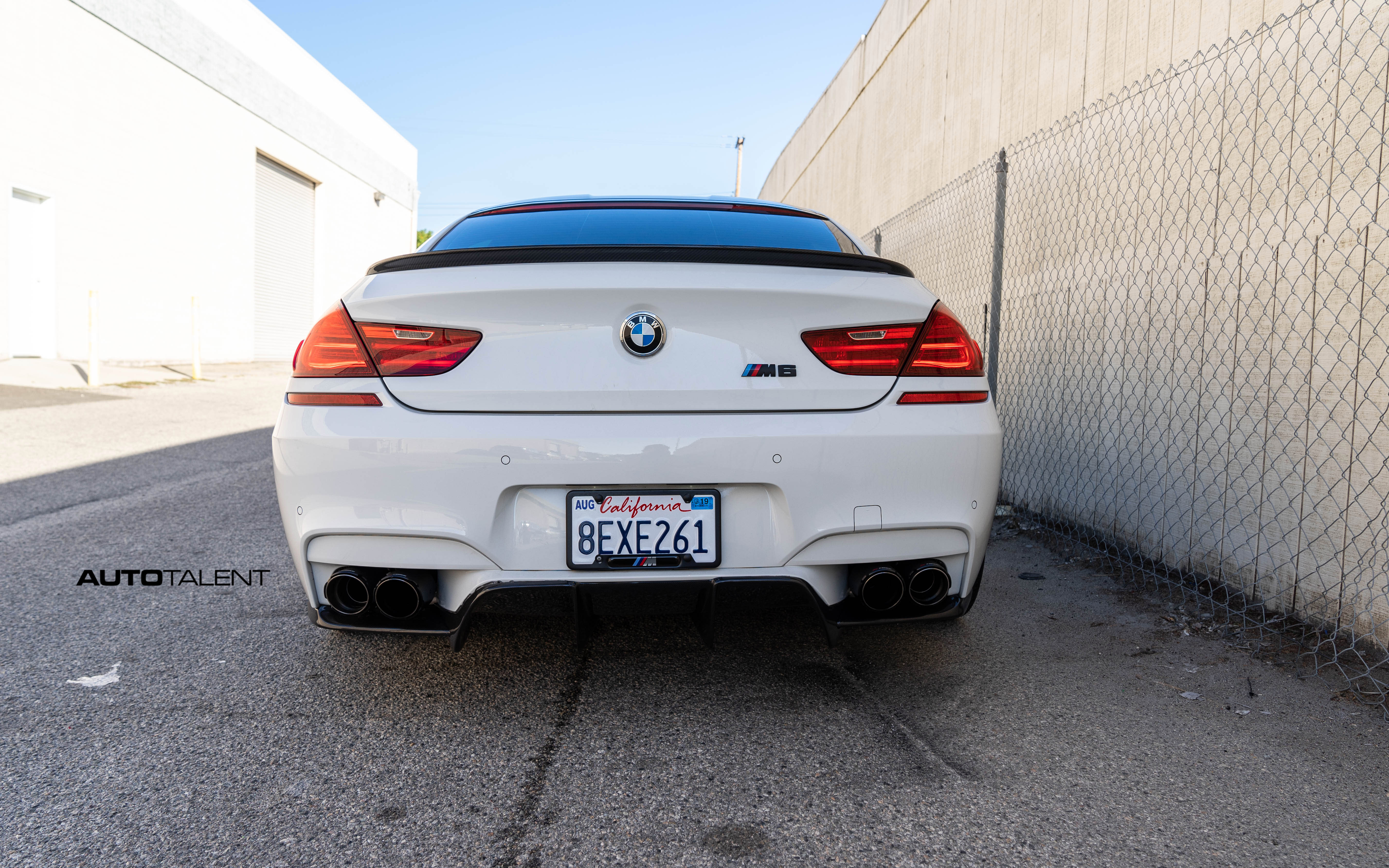 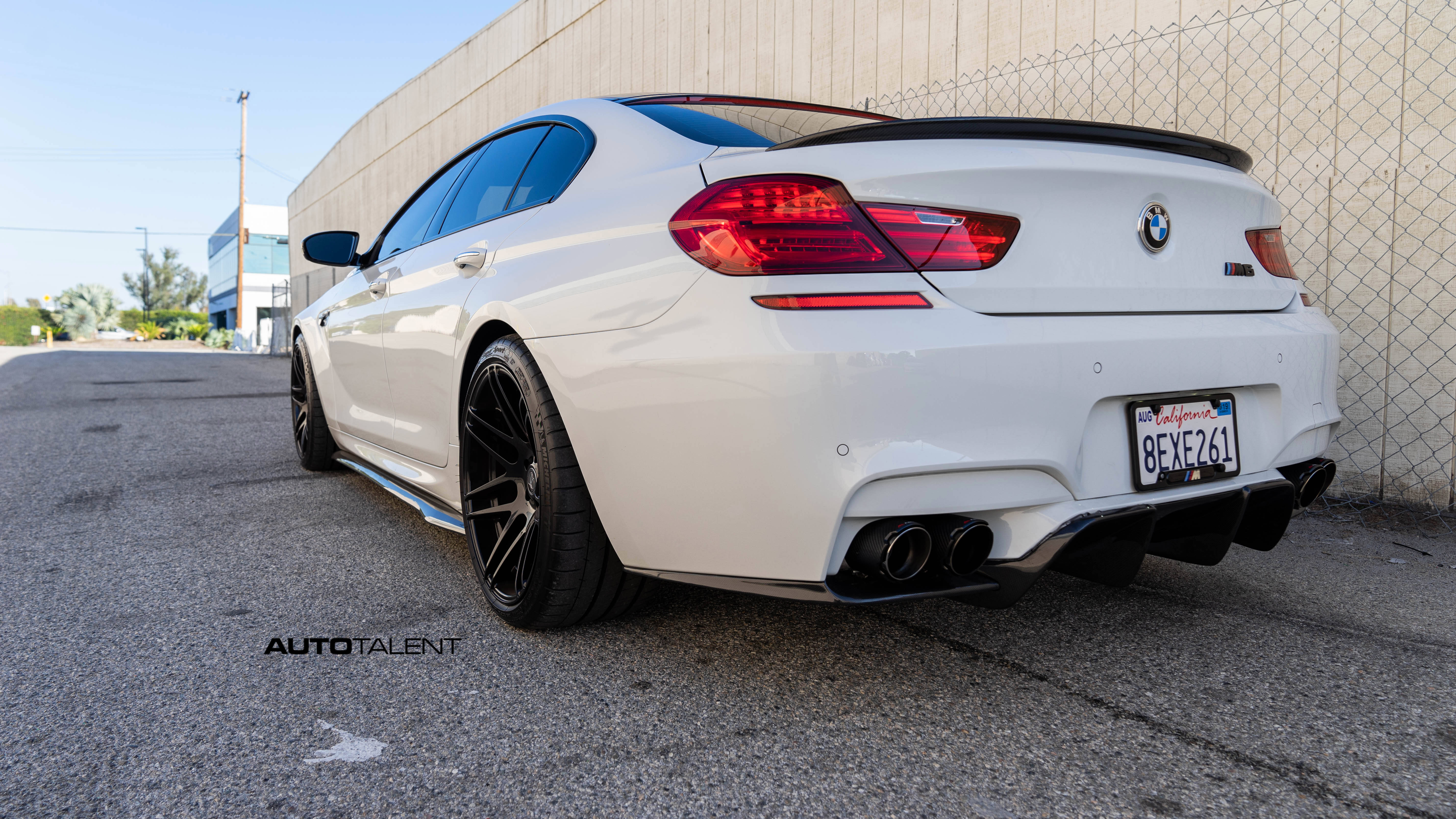 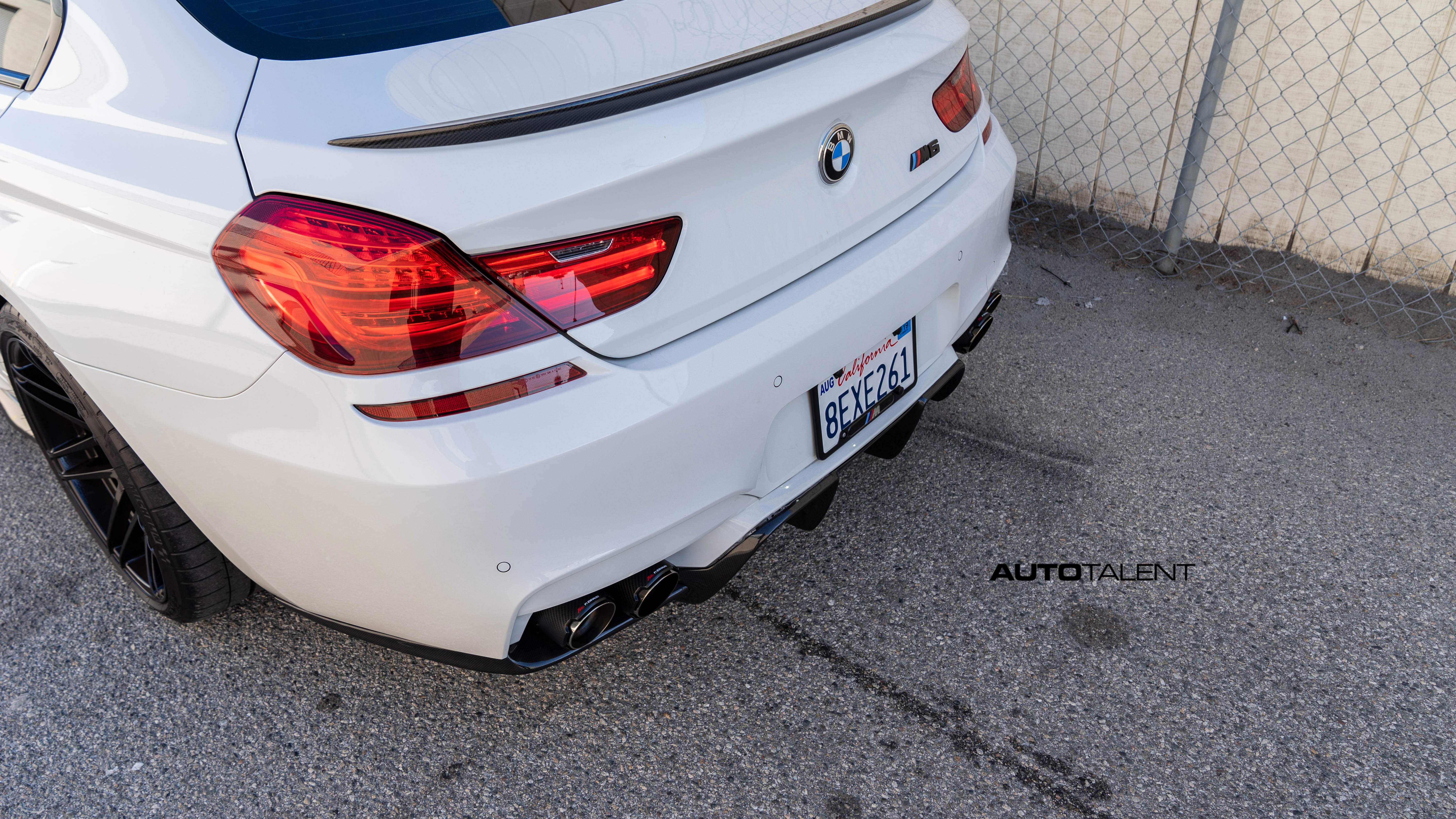 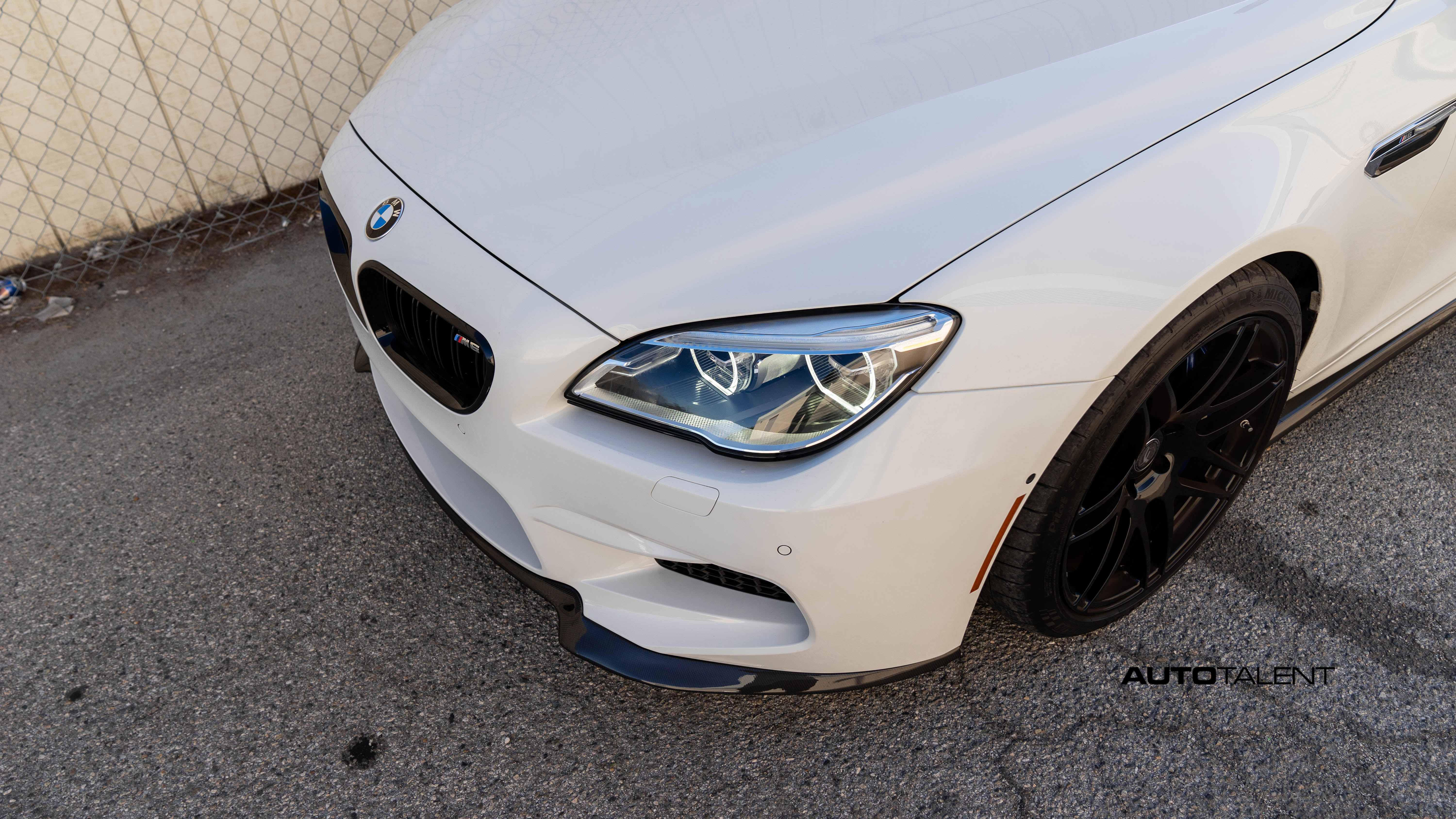 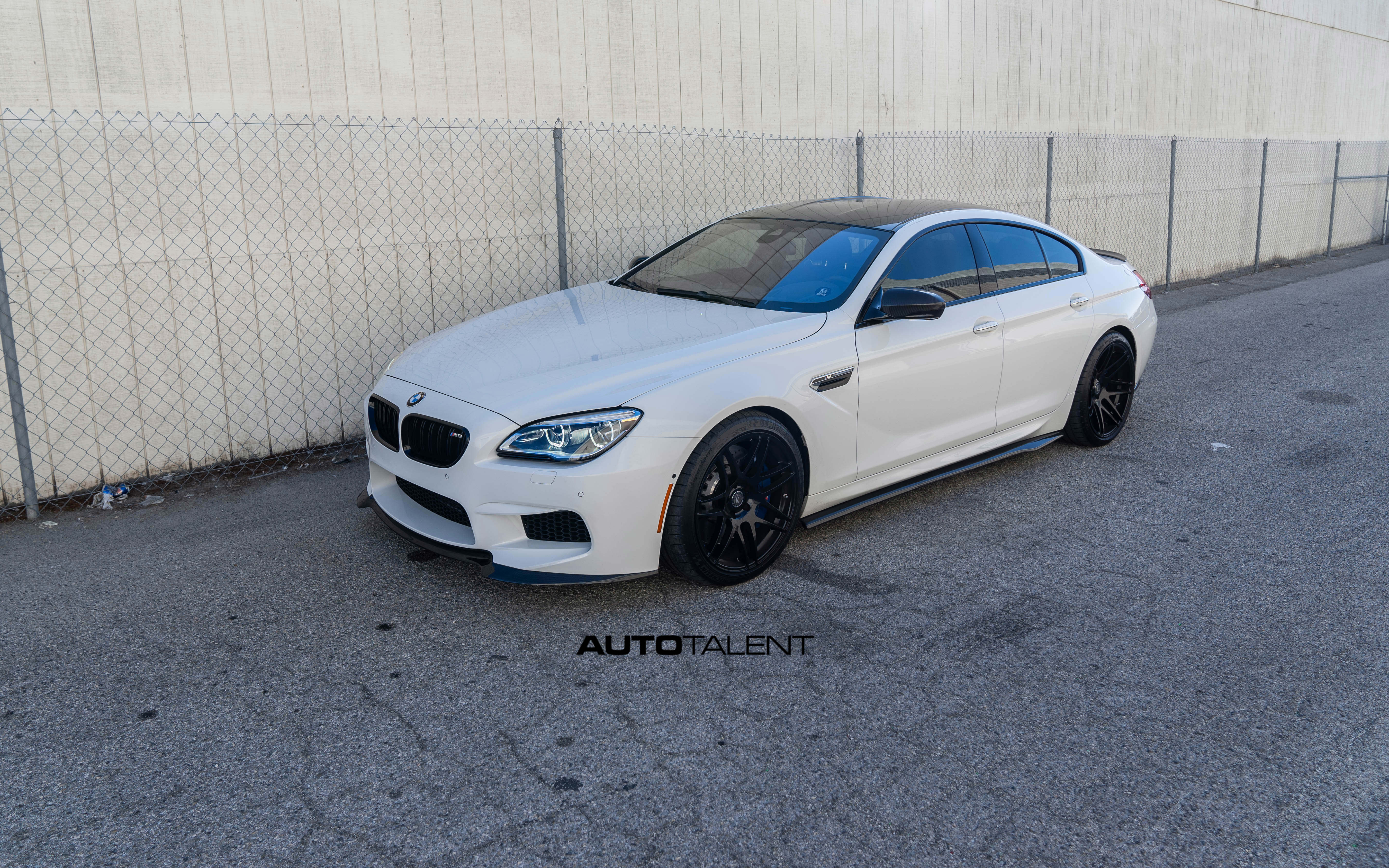